Holy Week at the Beach- Heavenly! 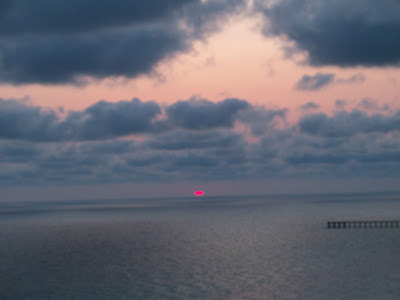 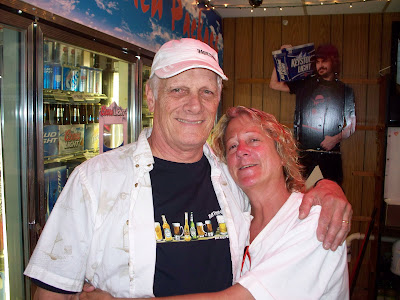 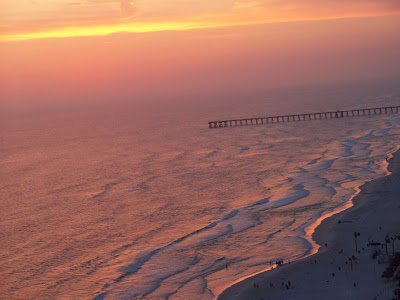 On Palm Sunday, we took a quick 3 hour drive to Pensacola and spent the day/night with Joe and Ping.  Ping was going to cook us a "late lunch" so we could go out and have a few beers.  OMG.  Their kitchen table is about 4'x6'....she covered it with food!

She had ginger/pork stuffed jalapenos, soup, a huge bowl of noodles with veggies, stir fried mushrooms and carrots, a huge seasoned pork roast and a bowl of seasoned chicken legs.  I was especially blown away by her mushrooms...she had them sliced in strips.... they looked and had the texture of bamboo shoots.  When I asked her what kind they were, she reached into the fridge and pulled out a mushroom stem the size of a beer can!  Wow!

After that, we caught up with Joes' sister, Sherri and her husband, Bill.... hit a few local bars.  Had a great time!

Got an early start on Monday-  a quick 2 hour drive and we were at our condo.  Plenty of people in the water, but still too cold for me.

Spent alot of time with Donn and Tina across the street.  Don continues to stock our condo with goodies.  How I adore that man!

Ate out a couple of times-  Los Rancheros for great fajitas and our new favorite joint next to Coyote Ugly...  "Dee's Hangout".  He's got the BEST po-boys around.  I even asked him if he was a New Orleans boy.  Nope.... but you'd never know it from his food.


Made friends with a PCB butcher who gave me a WONDERFUL price for a 10 pound standing rib roast for Easter Sunday.    Picked that up on the way home on Good Friday. 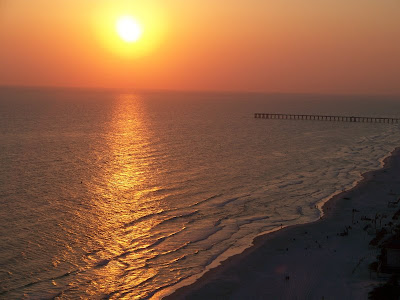 Another Milestone- Another Clean Bill of Health!

I was secretly fretting, as the results came in on Thursday while we were at the condo.  We played phone tag with our Colleen, with no luck.

Good Friday came.... left a message for her.  No reply.

I thought, "Well.... she doesn't want to ruin our holiday weekend" and put on a brave face.

She called us with the good news yesterday.  She was off on Friday.  WHEW.  Cancer is some scary shit!
Posted by Dom and Nan at 12:21 PM 2 comments:

Pablo, Paloma and Their Child, Scruffy

Hi guys...  wanted to share something amusing with you.  We have a family of possums living in our wood pile.  (Much to Dom's displeasure).  These guys LOVE catfood.

The female, Paloma, hangs out with the cats during the daylight hours.  I speak softly to her, and she has no fear of me any more.  She intensely watches me interact with my cats, petting and "kootchi koooing" them.  She knows I'm no threat.

Pablo and their little one, "Scruffy"  (man, is he!) come out at sundown, and aren't nearly as comfortable around people.

I figured that if I named them, Dom won't shoot them.  I catch him swinging a broom near them every once and awhile!  I keep telling him that they're "God's Little Creatures".


I make sure that they're well fed.  I rewarded Paloma with a ham bone last week!
Posted by Dom and Nan at 4:52 PM 1 comment:

Dom's April Numbers.... Creeping Back up and Looking Good!

We spent a LONG, LONG day at Tulane yesterday.  Left our house before 8am and didn't get home until around 7pm.  Yikes.  It was a comedy of errors.  We had both his monthly infusion, along with his M-SPIKE test, and an appointment to see his doctor.

Normally, these folks are "Johnny on the Spot".  Dunno what the hell happened yesterday, but they were a mess.

So-  In a couple of weeks, we'll get confirmation that Dom remains in Complete Remission/response 21 months post Stem Cell Transplant.

In the meanwhile, his numbers all went up.  I guess that the experts knew what they were talking about when they said that his bout with upper respiratory infections effected his blood.   :)

Have a great weekend, guys.  We sure will!
Posted by Dom and Nan at 4:45 PM No comments: