Why Does Everyone Hate Monsanto?

In recent years, no company has been more associated with evil than Monsanto. But why? 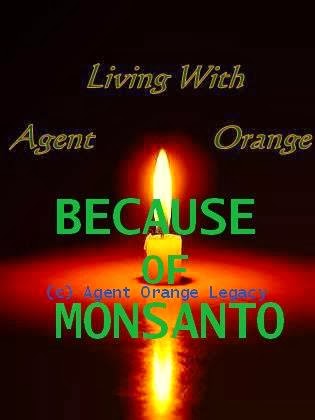 Before Monsanto became the face of industrial agriculture, it courted controversy in other ways — namely, as a chemical company. Founded in 1901, Monsanto was one of a handful of companies that produced Agent Orange, and its main poison, Dioxin. It sold DDT, PCBs, the controversial dairy cow hormone, rBGH, and the cancer-linked Aspartame sweetener.

Starting in the ‘80s, however, Monsanto shed its chemicals and plastics divisions, bought up seed companies, invested in bio genetics research, and ultimately reincorporated itself as an agricultural company. Its first GMO product, the patented Glyphosate-resistant, “Round-Up Ready” soybean, was approved by the USDA in 1994. But most Americans hadn’t heard of Monsanto until it tried to sell the seeds to Europe. That’s when things turned sour.

In 1996, the U.K. was reeling from the Mad Cow disease epidemic, in which the British Government insisted the highly dangerous disease posed no risk to human health, while people were dying. Brits had gotten a fast education in the modern farm system and were primed to be suspicious of GMOs’ supposed safety. Although the seeds were approved by the European Union, consumers rebelled in England. Grocery store chains pushed back, tabloids printed stories about “Frankenfoods” and environmental groups such as Greenpeace swung into action with high-profile campaigns. Even Prince Charles, a longtime supporter of organic farming, wrote a newspaper editorial opining that genetic engineering “takes mankind into realms that belong to God, and to God alone.”

This reaction caught Monsanto execs off guard. As Dan Charles writes in his book, “Lords of the Harvest,” Philip Angell, the head of Monsanto’s corporate communications at the time, bemoaned that the Brits were the “sad sacks of Europe” for their suspicion of GMOs. But Monsanto believed it could overcome the problem.

“The predominant attitude at the company was,  ‘If they don’t like it, if they try to block it, we can sue them,’” says a former Monsanto employee who asked to remain anonymous when speaking to Modern Farmer.

Monsanto responded with what was supposed to be a cleverly counterintuitive $1.6 million ad campaign that read: “Food biotechnology is a matter of opinions. Monsanto believes you should hear all of them.” The ads included the phone numbers of opposing groups, such as Greenpeace. But the advertisements struck their audience as glib and insincere.


Too little too late, Monsanto tried a different tack, engaging in a dialogue with stakeholders all over Europe. Monsanto’s then-CEO Robert Shapiro even apologized for the company’s condescension and arrogance at a Greenpeace meeting via video uplink in 1999. But the damage had been done. Monsanto emerged from the bungled launch of GMOs in the UK looking like a bully, and the image stuck.