Russia And Poland Say “NO” To GMOs 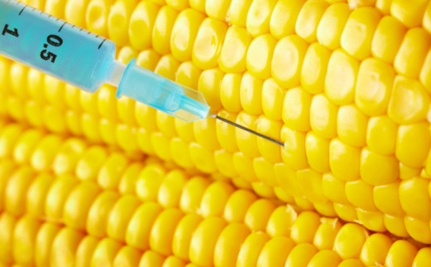 Russia and Poland have joined the long list of countries who are banning or restricting the import, distribution, sale, utilization and commercial planting of genetically modified organisms (GMO’s). Unfortunately the US is not one of those countries.
From Nasdaq:
Russia’s consumer rights watchdog, Rospotrebnadzor, said Tuesday it has suspended the import and use of genetically modified corn made by Monsanto Co. (MON) following a study’s allegations that the crop causes cancer.
Rospotrebnadzor said the country’s Institute of Nutrition has been asked to assess the validity of the study, while the European Commission’s Directorate General for Health & Consumers has also been contacted to explain the European Union’s position.
This is the study, published in the journal Food and Chemical Toxicology, that Care2′s Kristina Chew wrote about here: rats fed genetically modified corn, or exposed to the Monsanto herbicide Roundup, developed more tumors and other severe diseases than a test group fed with regular corn.
The study also alleged that rats fed with NK603 and exposed to Monsanto’s Roundup weed killer suffered from more pathologies than the test group.
Earlier this year, beekeepers in Poland won a significant victory, when all plantings of Monsanto’s MON810, a genetically-modified (GM) variety of corn that produces its own built-in Bt insecticide in every kernel, were officially banned.
From Natural News:
The decision comes after thousands of protesters recently took to the streets in demonstration of the undeniable fact that both MON810 and the chemicals applied to it are at least partially responsible for causing Colony Collapse Disorder, (CCD), the worldwide phenomenon in which entire swarms of honey bees disappear or turn up dead.
What’s the truth about GMO’s?
Prince Charles has called them the “biggest environmental disaster of all time,” while agriculture industrialists like Monsanto swear they’re safe for human consumption.
The definition of GMOs, according to Pure Zing:
Genetically Modified Foods, Plants, Animals, Additives, Body Products, Fish, Crops and Trees have had their genes manipulated, changed, and put into other species that normally they would not mate with, blend with, consume, or grow in. Incredible combinations have been produced, and have been found to have mutations, diseases, abnormalities and trigger other diseases that otherwise may have remained dormant.
You would think that results like this would mean that GMO’s are heavily questioned, but in fact very little research has been done on the health effects of us humans ingesting GMO’s.
Not only does the US not ban GMO’s, the Food and Drug Administration (FDA) does not even require anything genetically modified to be identified on ingredient lists. This, in spite of the fact that GM foods and products are in widespread use and distribution throughout the US.
Meanwhile, numerous countries worldwide have taken action against GMO’s, including Algeria, Egypt, Thailand, Japan, the European Union, Brazil, Paraguay and Saudi Arabia.
But this could all change, with the arrival of Proposition 37, in California.
From The Los Angeles Times:
If approved by voters Nov. 6, the labeling initiative would make California the first state in the nation to require labels on genetically engineered crops or processed foods, such as corn, soybeans, sugar beets and Hawaiian papayas. It would require labels on supermarket shelves or on food packages.
The California ballot issue is being watched closely by experts who say it could set the stage for battles in other states and perhaps thrust the issue of labeling genetically modified organisms to the forefront in Washington.
So far, with six weeks to go until election day, Proposition 37 is supported by 61 percent of registered voters and opposed by 25 percent, according to a new USC Dornsife/Los Angeles Times poll.
And really, shouldn’t we consumers be allowed to know what we are eating?
What do you think?
http://www.care2.com/causes/russia-and-poland-say-no-to-gmos.html
Posted by Dom and Nan at 2:14 PM