What’s Next in the GMO Battle? 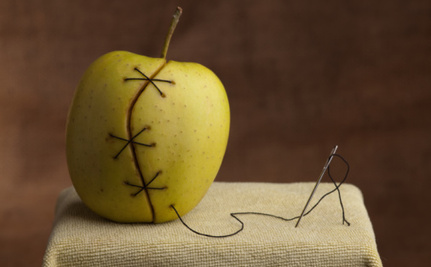 On November 6, after spending $46 million burying California’s voters under an avalanche of deception, Monsanto and their buddies in the pesticide and junk food business declared victory. They had defeated the “right to know”, and successfully protected their “right” to keep you in the dark about whether your food is genetically engineered.
Jennifer Hatcher, senior vice president of government and public affairs for the anti-labeling Food Marketing Institute, breathed a sigh of relief after Prop 37 narrowly lost, saying: “This gives us hope that you can… defeat a ballot initiative and go directly to the voters.” But she also expressed concern: “We hope we don’t have too many of them, because you can’t keep doing that over and over again.”
If Ms. Hatcher wants to keep labeling suppressed, it looks like she may be in for a rough couple of years. Because what Monsanto and its allies hadn’t counted on was that despite all their lies and deception, it’s actually pretty hard to convince people that they shouldn’t be allowed to know what they’re eating. And although $46 million managed to put out one fire, it seems to have started about 30 new ones.
Indeed, efforts are already underway to put a similar initiative on the ballot in Washington for the 2013 election (where San Juan County voters chose on November 6 to make growing GMOs illegal in their county). And organizers in 30 other states have also begun building labeling campaigns, under the banner of the Coalition of States for Mandatory GMO labeling.
With 93 percent of the American public supporting the right to know, it looks like it’s going to take a lot more than a one deceptive, high-budget ad campaign to keep those pesky labels at bay.
The War Continues
Many people are choosing to boycott companies that continue to use GMOs and that oppose labeling. Kellogg’s has been a particularly visible target, since the company strives for a healthy image, and yet contributed $632,000 to the fight against Prop 37. For several months, the company’s Facebook page has become something of a marketing embarrassment. It’s plastered with comments by angry consumers calling the company out for fighting GMO labeling, and threatening a boycott until the company changes its ways.
Other consumers are choosing to buy products from companies that are going GMO-free. In fact, consumer demand for non-GMO products is rising fast. The non-profit Non-GMO Project, which offers a third party certification program, has now verified 764 products, and had a record-shattering 189 new enrollment inquiries in October.
More and more people are becoming alarmed about the widespread prevalence of GMOs in the food supply, and are taking steps to steer clear. This could create a tremendous market opportunity for companies that seize the day and get certified. Even shoppers who aren’t terribly concerned about GMOs may be developing more trust in the products that carry the “Non-GMO Project” certification.
For consumers who want to know what is and is not GMO-free, the Food Revolution Network has compiled a collection of resources that includes the non-GMO shopping guide, and the free iPhone and Android app from True Food Network. A list of which foods are likely to contain GMOs is posted by Institute for Responsible Technology here.
A team of organizations, led by Care2 and the Food Revolution Network, have launched a petition demanding that Congress label GMOs that has already generated nearly 50,000 signatures. And efforts of the JustLabelIt petition to the FDA, which launched a year ago and have generated more than 1.3 million signatures, are being renewed in hopes that the FDA might eventually dig itself out of Monsanto’s back pocket.
For the passionate activist, there’s always more you can do, like taking advantage of the educational resources offered for free by the Institute for Responsible Technology, and sharing them with friends. Or lobbying your member of Congress, your mayor, your governor, your local media outlets, or your relatives.
Monsanto would probably like us all to sit alone in the dark, munching on bags of genetically engineered popcorn. But the tide of history is turning, and regardless of how much they spend attempting to deceive us, we will prevail.
Ocean Robbins is founder and co-host (with best-selling author John Robbins) of the 65,000 member Food Revolution Network, an initiative to help you heal your body, and your world… with food. Find out more and sign up here.
LINK