Bitchin' Cold at the Beach Last Week- But Big Fun!

Just a quick update before I head to Cincinnati tomorrow for the holidays.  Looking forward to spending time with my brother, nieces, their husbands and kids.... 4 of 'em under the age of 5.  Dom will be driving up next week.... he wants to have a quick escape route (car) in case the kids get too wild!  LOL

Meanwhile, friends from Louisiana are going to move in for a couple weeks to take care of my kitties and have Christmas in the country.  Good deal!

We headed to PCB on Saturday.  Did a little shopping at Pier Park  http://www.simon.com/Mall/?id=1204
Then enjoyed lunch at Tootsie's. 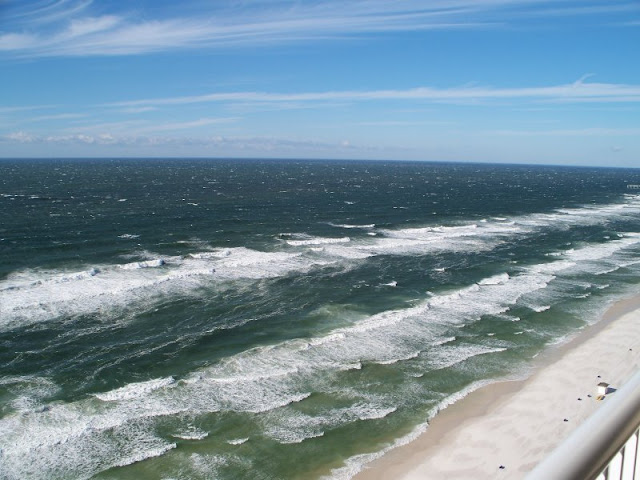 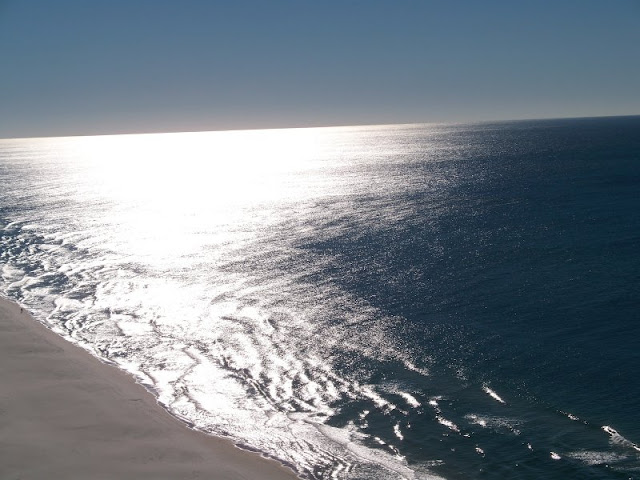 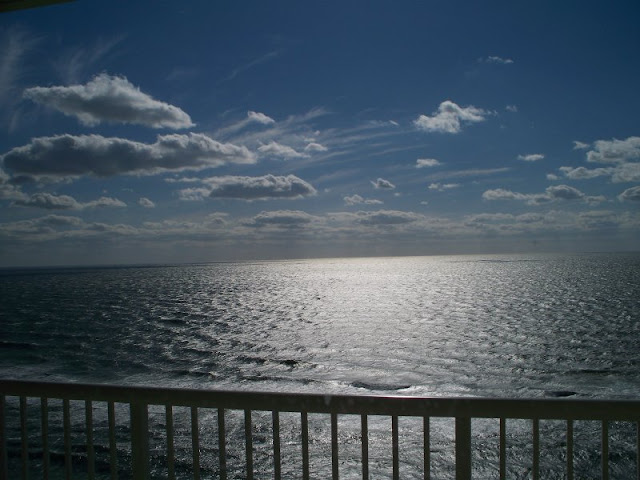 Once again, you could have shot a cannon down Front Beach Road.  The town is deserted... extremely windy and very cold... Dipped down to 23 degrees.  Brrrrrrrrr.  And the biggest waves that I've seen.  Very rough seas.

Had a fun visit with our favorite bartender, Donn.  Also got to finally meet his wife Linda... lovely gal.  Donn turned me onto my new favorite...  Godiva chocolate/raspberry Vodka.  OH MY GAWD.  What a fun martini!  And a heck of alot less calories than what I used to make.... Vodka, Godiva White Chocolate and Chambord.

Sunday was non-stop fun.  Walked over to our sports bar, "Benchwarmer's" and snagged a great seat for our Saints game. Ate some hot wings, drank some draft beer and had fun with 4 other New Orleans fans.  Who Dat, baby!

Stopped at our joint on the way home for a martini.... DONN-  you've created a monster!!!!

Basically just hung around the condo all day on Monday.  Walked across the street to visit himself... He loaded up Dom with a bunch of neat stuff for our bar, and packed up a set of 6 martini glasses for the condo.  At that point, I felt obligated to have a martini.  Hee Hee!

Came home on Tuesday morning.... did some packing, some running around, and now ready to head North.

Wishing all of you a WONDERFUL Christmas!
Posted by Dom and Nan at 3:10 PM 1 comment:

A Word to the Wise regarding Warfarin and Vitamin K

Hi Gang-
Hope this post finds everybody getting into the holiday spirit with good health and spirits!
Dom and I went into NOLA for his monthly infusion of Zometa yesterday.  Before administering the drip, they run a CBC on him to be certain that he's OK.
Bloodwork was great.  I'll post the latest numbers after this story.
There was one number that stuck out like a sore thumb-  His INR numbers were through the roof.  His post-transplant nurse was shocked and asked if he was eating alot of green leafy veggies.  "NOPE".  We told her that we realized that Vitamin K negates the effect of blood thinners.
So, she changed the dosage, and is having him come back next Friday for an INR lab visit.
When we got home, I started doing some snooping around on the internet.  (Google is our friend!)  I figured it out...


A couple of months ago, Dom was complaining to one of the infusion nurses that he gets weak and dizzy fairly often.  She asked him about his eating habits, particularly breakfast.  He told her that he enjoyed toast and oatmeal, sometimes waffles or pancakes.  She remarked that all of those carbs were causing him to crash shortly after eating.  She stressed the importance of PROTEIN with his morning meal. Recommending eggs, sausage, bacon, etc.
OK- so "Dr. Nanette" didn't want her patient to eat all of that cholesterol. (He's on high blood pressure medicine and there's heart disease in his family.)
I bought him loads of "fake" bacon and breakfast sausage from Morning Star Farms.  A soy-based food with no cholesterol.  Also Egg Beaters.
BINGO.... there lies our problem.....  Soybeans are LOADED with Vitamin K!
http://www.drgourmet.com/warfarin/vegetables.shtml

The above site was very helpful to me.  They also have a link for a great PDF file that goes into more detail.

Now we have to discuss with the Cancer Center folks which is worse-  Increased Warfarin dosage or High Cholesterol?   This is a really crappy time to change up his diet, because they'll want him to come back weekly for tests until his numbers are right.  We're both heading up to Ohio for the holidays.
Soooo... we've (I) decided to stick with the increased blood thinners, stick with the Soy protein until after the holidays.  We have our 18 month doctor appointment in another month.  THEN we can figure out what to change.  (Doctor visits are now every 3 months).  He feels great, and I want him to enjoy vacation.  We can re-do his diet in January!
Here are his numbers from yesterday.  The Tulane Cancer Center is still very pleased.
17 MONTHS POST TRANSPLANT:
WBC:    4.5
HCT:     34.9
PLATELETS:   194
ANC:   2700
Posted by Dom and Nan at 1:03 PM 2 comments:

I know that some of you missed yesterday's MM piece on the Today Show.  Theoretically, here's a direct link to the video.  I say "theoretically" because I have a stupid slow dial-up connection and can't watch videos online!

If the above doesn't work, you'll find a link on the MMRF homepage-  bottom left "Spotlight":

It was a wonderful segment and certainly gives us all hope!
Posted by Dom and Nan at 1:11 PM 1 comment: