I served as a juror on a murder trial last week.  Honestly, it was the most exciting and rewarding experience of my life.

It took us only 20 minutes to find him guilty on both counts....only because one of the gals was confused about the bullet casing marks and another wanted to draw a diagram of the murder scene.

The defendant, a black muslim, had quite a reputation in town.  He was well known by local authorities, and was a 3-time felon.  A real loser.

After the jury was released from duty, I was able to spend some time with the victim's mother and sister.  Lovely people.  My heart cries for them.

Reynolds, 49, of 535 Rock Ranch Rd., was arrested on Sept. 1, after an investigation by the Pearl River County Sheriff’s Department gathered evidence investigators believe linked him to the shooting death of Vandrell at his home, at 72 Chalk Rd., said Chief Deputy Shane Tucker.

Investigation into the case allegedly showed Reynolds, who goes by the alias “Muhammad Ali,” and Vandrell had an argument Wednesday night, Tucker said. Sheriff David  Allison said Reynolds allegedly returned to Vandrell’s home at about 1 a.m. on Thursday.

Tucker said the investigation appears to show that when Reynolds returned to the home, he shot Vandrell once in the head. Investigators found Vandrell in a bedroom of his home. The Sheriff’s Department is awaiting a pathologist’s report to determine the exact cause of death, Tucker said.

Reynolds, then 49, was arrested on Sept. 1, 2011, after Vandrell’s body was found lying in his bed with a single gunshot wound to the head.

Investigation into the case showed the two men had engaged in an argument the day before the Sept. 1, shooting. That investigation netted enough evidence to charge Reynolds with the shooting death of Vandrell.

Two days of testimony in the case have taken place in Circuit Court before Judge Prentiss Harell.

Testimony from forensic pathologist Mark LeVaughn listed Vandrell’s cause of death as a single gunshot wound to the head.

David Gross testified that on the day of the shooting he drove Reynolds around the county to cash a check and visit some friends’ houses, one of which was the home of Vandrell. During the visit with Vandrell, Reynolds and Vandrell engaged in a verbal altercation and Vandrell eventually told both Gross and Reynolds to leave his property.

The two men then went back to Reynolds’ home and drank some beer until after midnight when Reynolds convinced Gross to drive him back to Vandrell’s home. Gross testified that because of the events earlier in the day he did not want to park near Vandrell’s home and parked a block away.

Reynolds got out of the truck grabbing a rifle he had stored in the truck and headed towards Vandrell’s home.

After 10 to 15 minutes passed, Reynolds returned and vehemently questioned Gross about what he had seen or heard. Gross testified that he had fallen asleep and neither heard nor saw anything.

The next afternoon Gross was told by his children as they arrived at home from school that a crime scene unit was at Vandrell’s home, prompting him to call the Sheriff’s Department and report what he knew.

Wednesday’s verdict marked the end of three days of court proceedings in the Pearl River County Circuit Court that sought to show how Reynolds killed his friend after they engaged in a verbal conflict.

David Gross appeared to be a key witness to the events that led up to the shooting death of Vandrell. Gross testified that Reynolds befriended him shortly after Gross moved to the county from Louisiana.

Their first interaction was unexpected. Gross said Reynolds introduced himself out of the blue, even calling Gross by name and asking for a ride to town. Gross declined and instead went inside his sister-in-law’s home where he lived off Rock Ranch Road. During a subsequent meeting of the two, Gross testified that he was on his way to town when he pulled up to a stop sign. As Gross stopped, Reynolds climbed into the passenger side of Gross’ vehicle and asked for a ride to town. That time Gross took Reynolds to a local quick stop, and even paid for the beer.

On Sept. 31, 2011, Gross testified that he reluctantly gave Reynolds another ride to town, this time so Reynolds could cash a check, purchase some beer and buy a scope for his rifle, which they took to town with them. After buying the beer, Reynolds directed Gross to drive him to some friends’ homes, one of which was Vandrell’s.

When they arrived at about dusk, Reynolds just walked into Vandrell’s home, while Gross waited outside for about five minutes before deciding to follow. Gross testified that when he entered Vandrell’s home, the two men were engaged in a verbal altercation.

Assistant District Attorney Monya Creel Bryan told the Picayune Item that  a friend of Vandrell, Jules Odor, testified shortly after the trial began Monday afternoon that Vandrell was upset because he was sick of Reynolds walking into his home. Odor also testified that Vandrell was concerned about his safety after the altercation, Bryan said.

Reynolds and Gross were chased out of the home by Vandrell, Reynolds said. As the two men drove away, Vandrell left his home, gun in hand, and fired shots into the air to scare the men.

Gross said as they drove off, Reynolds attempted to grab the gun he had with him, but Gross drove back to Reynolds’ home. Once they arrived at Reynolds’ home, Gross testified that he wanted to head home, but Reynolds convinced him to stay and drink some more beer. After about three or four hours of drinking, Reynolds asked Gross to drive him back to Vandrell’s home so he could talk to his friend.

Reynolds returned to the vehicle about 15 minutes later, asking what Gross had seen or heard, but Gross testified he fell asleep in Reynolds’ absence, so he neither heard nor saw anything. Gross headed home the next morning after spending the night at Reynolds’ home.

Vandrell’s body was found by his mother the next morning when his vehicle was still home and he was supposed to be at work.

It was not until Gross’ children came home from school that he heard about deputies’ and investigators’ vehicles being parked at Vandrell’s home on Chalk Road. Gross testified that he immediately thought he needed to tell the Sheriff’s Department what he knew and headed straight to the sheriff’s office.

Investigators collected evidence at Vandrell’s home,  and at Reynolds’ home after a search warrant was secured. Casings from a .22 caliber firearm appeared to be a second link to whether Reynolds shot Vandrell. Similar casings were found at both homes, and forensic testing conducted by Mississippi Crime Lab Forensic Scientist Lori Bell determined similar individual characteristics were found on the casings, meaning they were fired from the same gun.

Reynolds faced charges of murder and convicted felon in possession of a firearm during the three-day trial. Bryan said Reynolds is known to have been convicted of two felony charges in Louisiana.

Once both parties rested their cases, the jury deliberated on a verdict for about 45 minutes. They could find Reynolds guilty of murder or manslaughter, or innocent in the death of Vandrell. The jury found him guilty of murder and guilty of possessing a firearm with a felonious record.

“Justice was served. It’s taken a year of heart break to have it end up the way it was supposed to,” said Arlene Lavertu, a neighbor of Doris Vandrell and friend of the family.

The prosecution expects to ask Circuit Judge Prentiss Harrell, before whom the trial was held, to declare him a habitual offender, and sentence him to life in prison without parole for the murder conviction and 10 years for the possession of a firearm conviction.

“I think it’s the right outcome. We certainly had plenty of evidence,” Bryan said about the guilty verdict.

Assistant District Attorney Clay Cranford, who prosecuted the case in conjunction with Bryan, said a conviction of murder usually entails a conviction of life, but the prosecution will ask for adding no parole to Reynolds sentence because of his prior convictions.

Reynolds was represented by Mike Adleman of Hattiesburg.

On Aug. 15, Reynolds was found guilty of murder and possession of a firearm by a convicted felon by a Pearl River County jury.

The murder occurred on Sept. 1, 2011, at 72 Chalk Road, Carriere, and resulted in the death of Kevin Martin Vandrell, who was 55 at the time of his death, Kittrell said.

Said Kittrell, “I would like to thank the Pearl River County Sheriff’s Department and the Mississippi Bureau of Investigations for a thorough and complete investigation.”

He added, “This murder resulted from a disagreement among neighbors after an argument the evening of Aug. 31, 2011. In the early morning hours of Sept. 1, 2011, Mr. Reynolds went into the home of Mr. Vandrell and shot Mr. Vandrell one time in the head with a .22 rifle. This was a pure execution.”

He added, “Our sympathy goes out to the Vandrell family and friends, and our hope is that with Reynolds being sentenced to life without the possibility of parole that it will be of some comfort for their loss.” 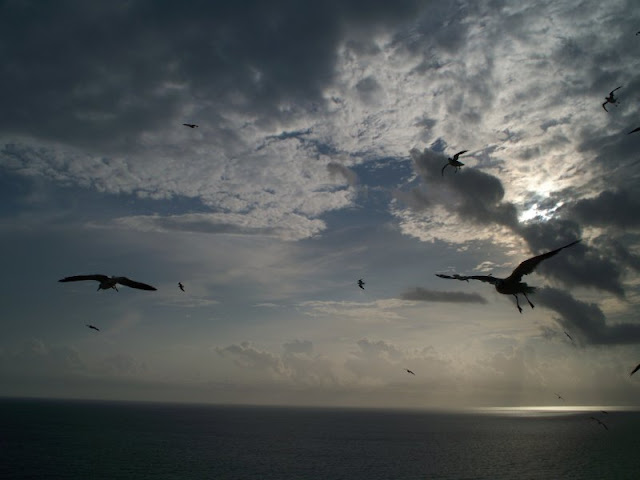 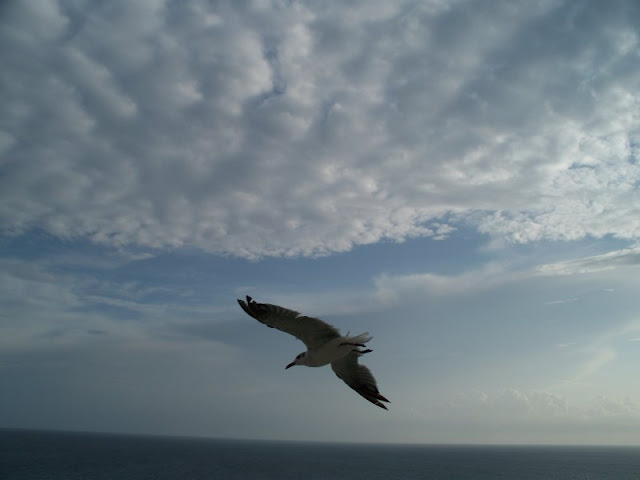 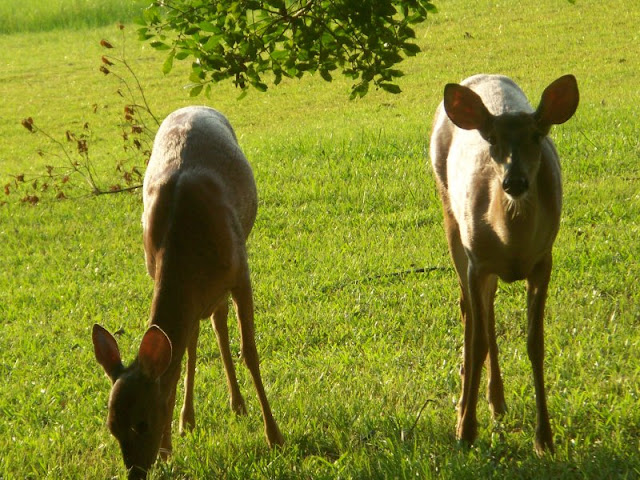 It's been a pretty active month for us.  Dom took a spur of the moment overnight trip to Memphis to meet up with his lifelong friend, John Ace.  (The guy who introduced us to each other!)

They had dinner at the Interstate BBQ, then took a cab to Beale Street and went to BB King's bar.  They had a blast.  Dom said that Beale St. was much like Bourbon Street in our French Quarter.  He promised to take me up there.  Can't wait!

We spent his "traditional" birthday in PCB.  We had a week of rain.  I got maybe 4 hours of sun.  Disappointing, but we had big fun, as normal.  Met our Donn and Linda for dinner at Dee's Hangout, rushed home to watch the Saints game, only to find that it wasn't televised locally.  Bummer!

I had jury duty this week.  I was picked to serve on a MURDER trial!  Very exciting.  I'll cover that it another post.

Dom had his M-Spike tested on Thursday.  We'll find out if he's still in complete remission in about a week.  He looks and feels great!

For the past few weeks, we've had a mother and daughter (?) deer visiting us daily at sunset.  They walk right up to the house where Dom dumps corn for them.  Beautiful creatures!

Hope that this post finds everyone healthy and happy.  All is well with our world!
Posted by Dom and Nan at 2:53 PM No comments:

Three studies on different types of cancers bolster the theory that specific stem cells within tumors are responsible for a cancer's persistent growth. 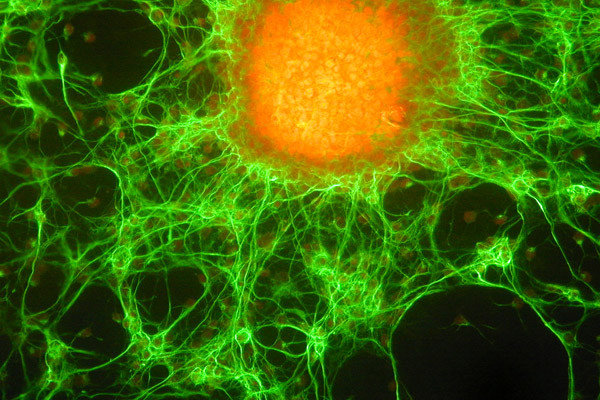