I'm sorry that Wendy and I missed this.  It's just down from the condo.  (pier seen in my photos)

Pier-goers in Panama City Beach, Fla. got a one-of-a-kind up-close look at a huge basking shark as it swam just off the coast. When the shark swam next to a kayak, it became clear just how massive the herbivorous creatures are.

Wendy and Nan at the Beach Last Week 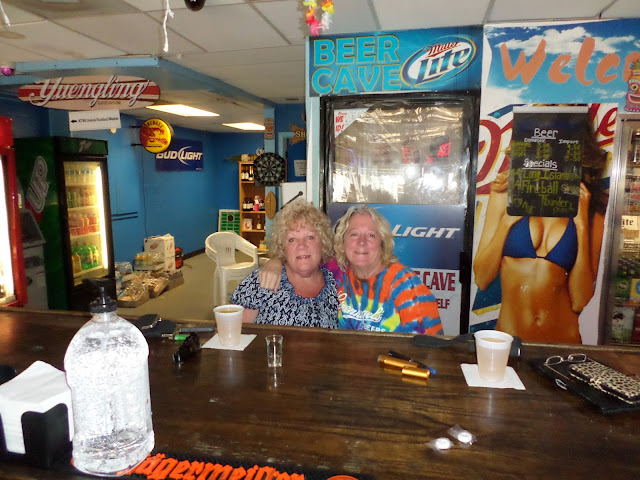 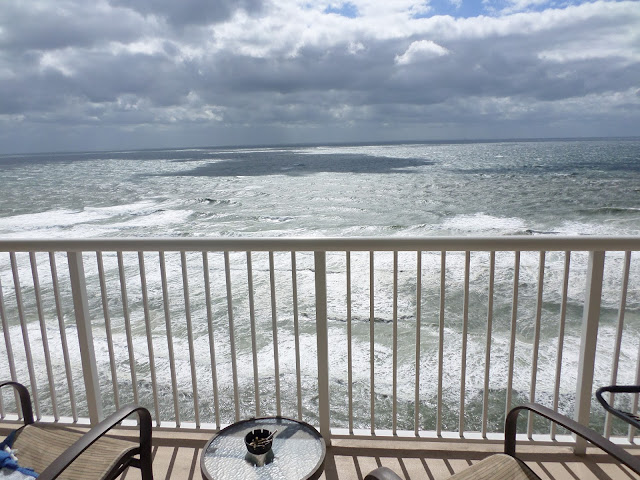 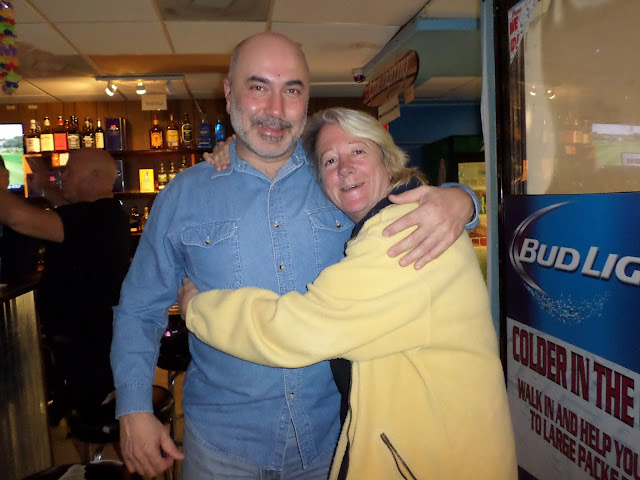 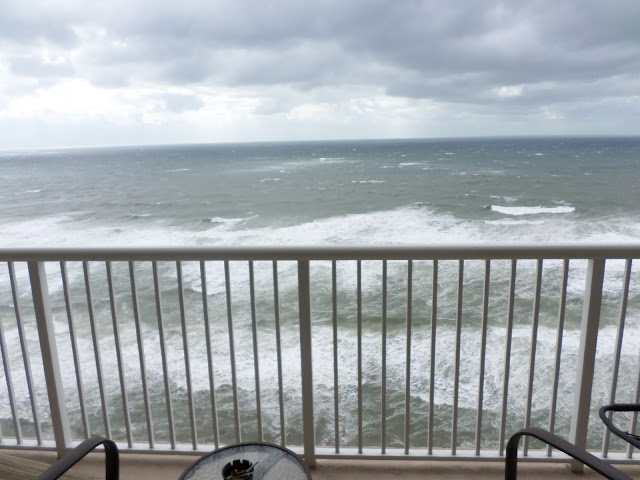 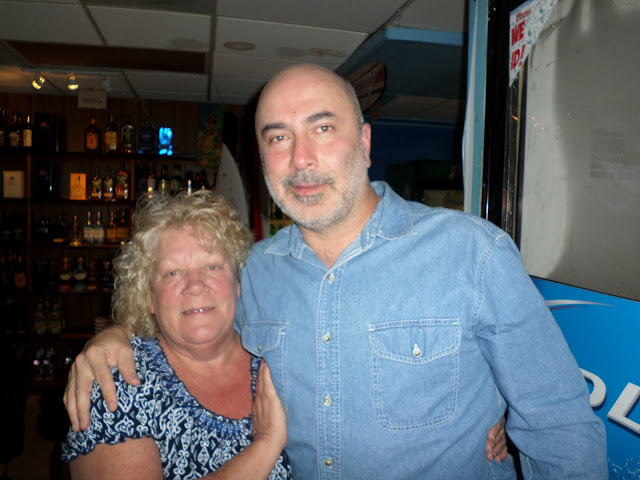 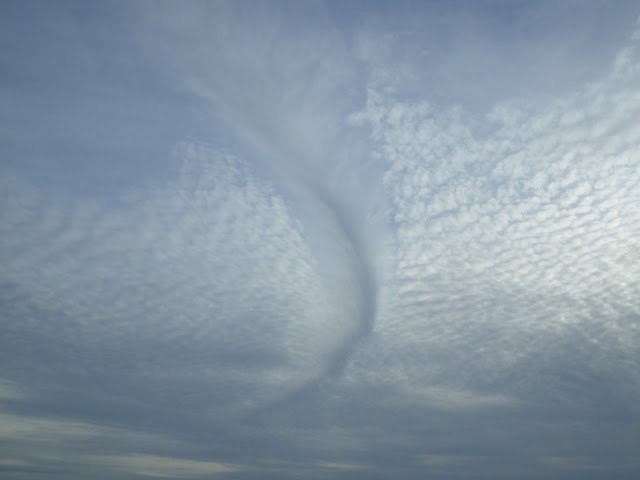 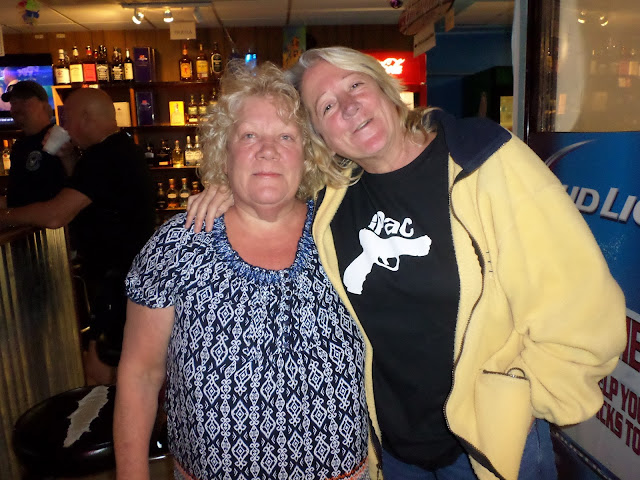 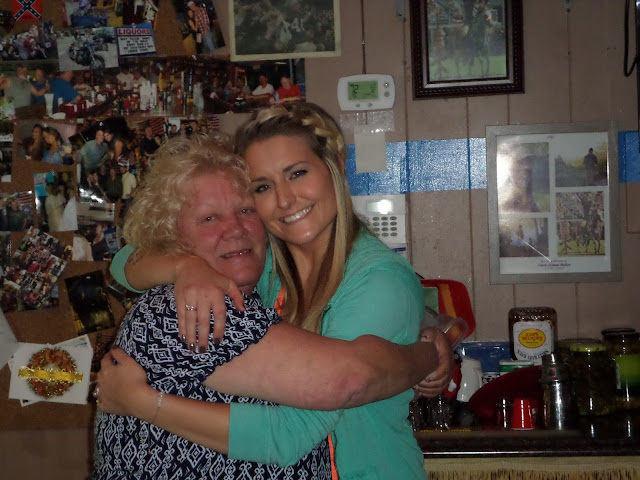 I haven't been to PCB since last October, so was really looking forward to this trip.

Had 1 day in the sun.... then the weather got bad.  Tornadoes, rain, high winds, rough surf.... so, we basically did nothing.... a lot of Netflix and happy hour across the street at The LIQ.  A very lazy and relaxing visit!

Nothing great to report.  We didn't go out to eat once.  Wendy ordered a HUGE pizza and we ate that for days. 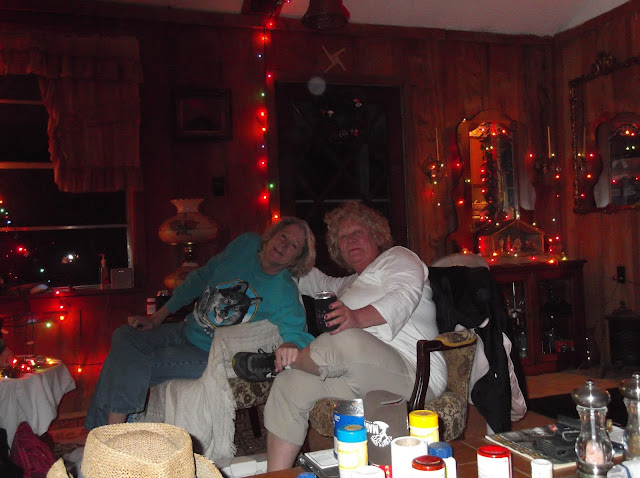 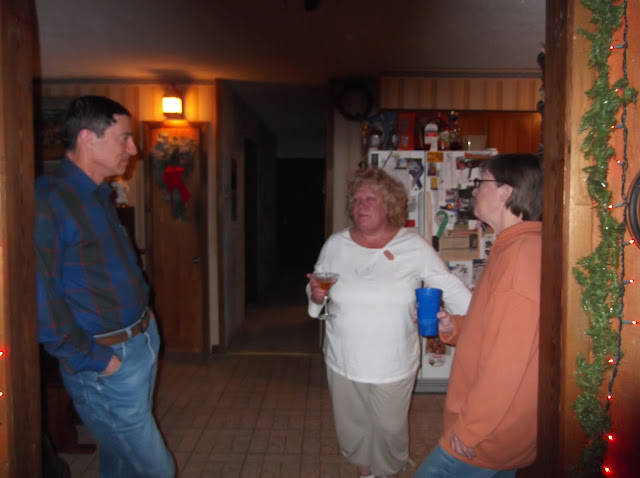 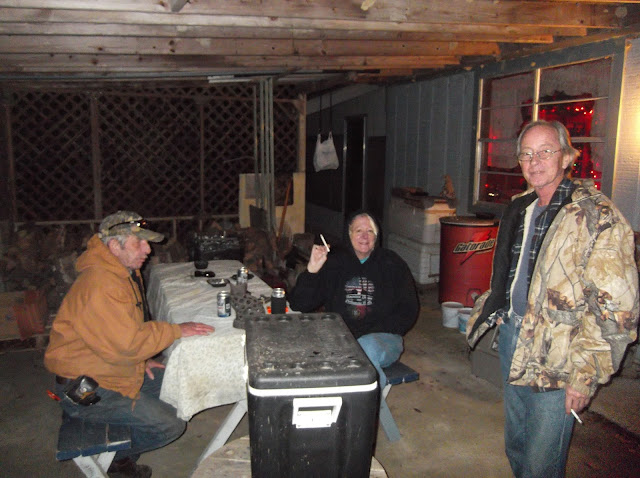 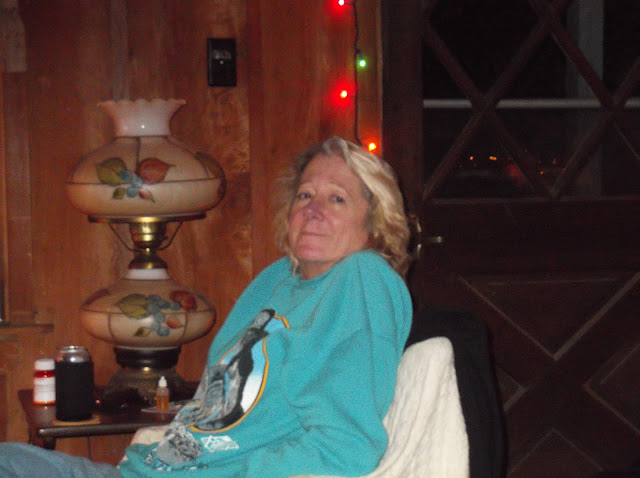 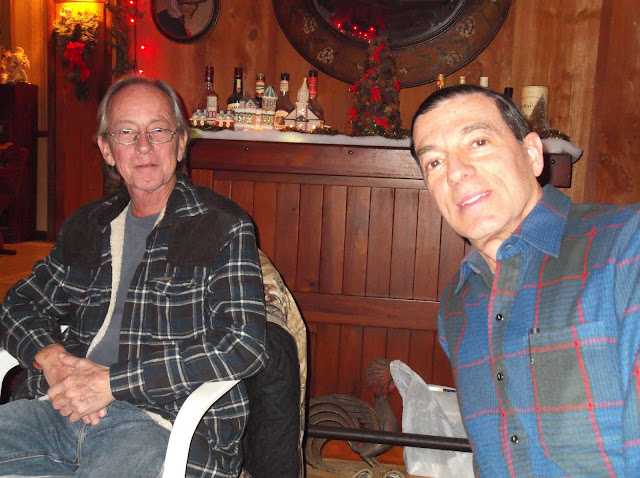 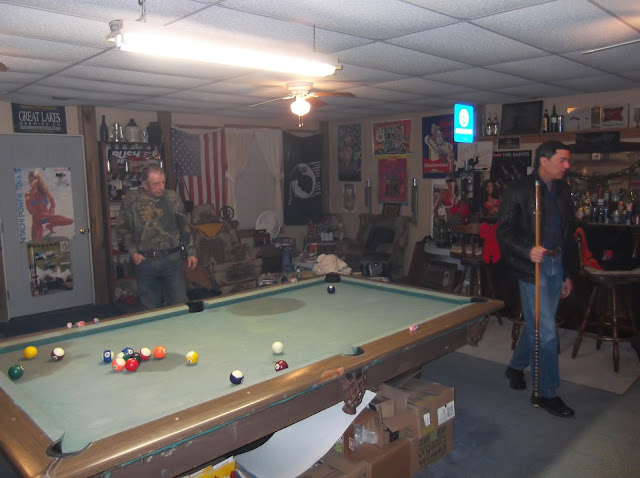 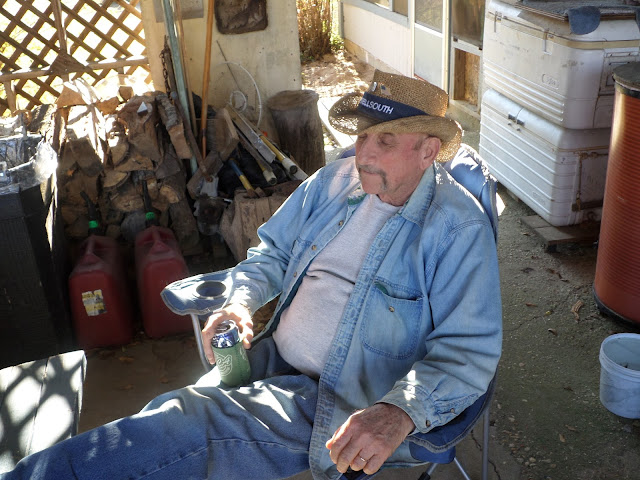 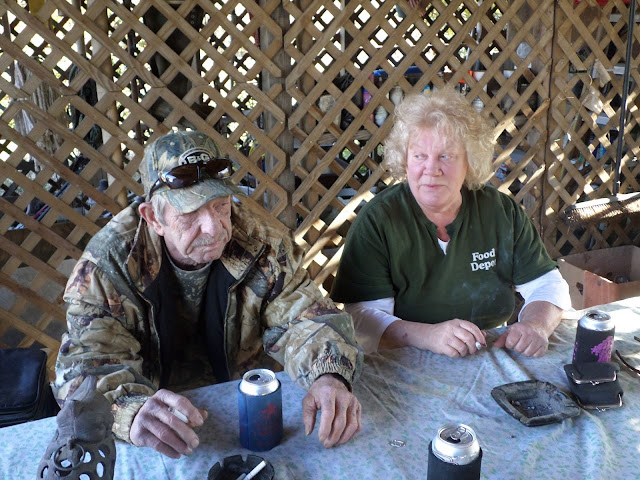 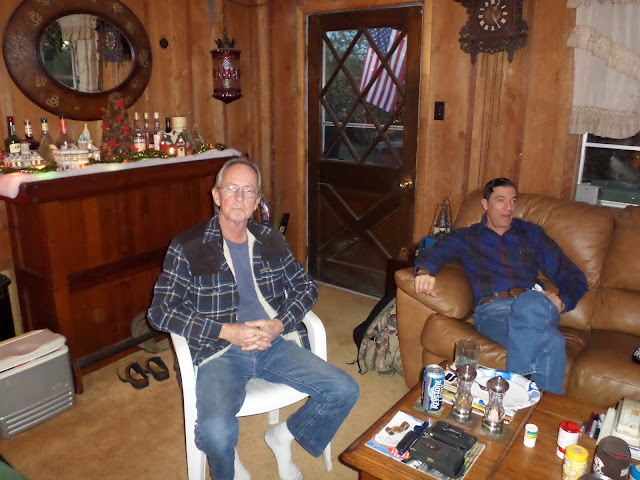 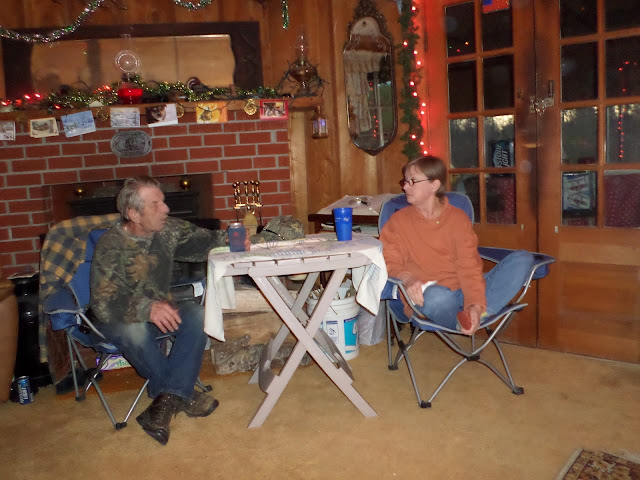 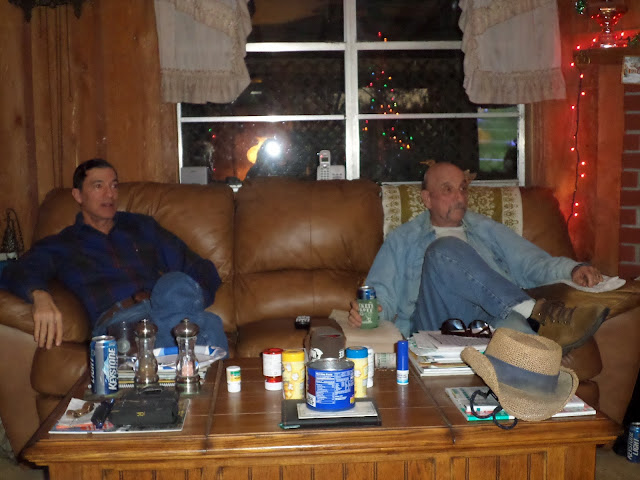 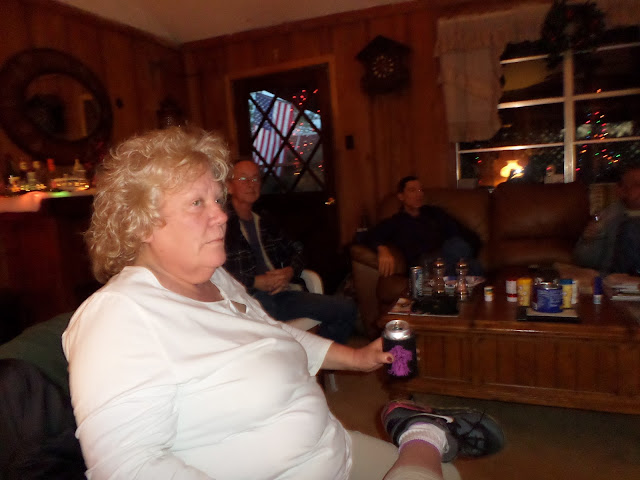 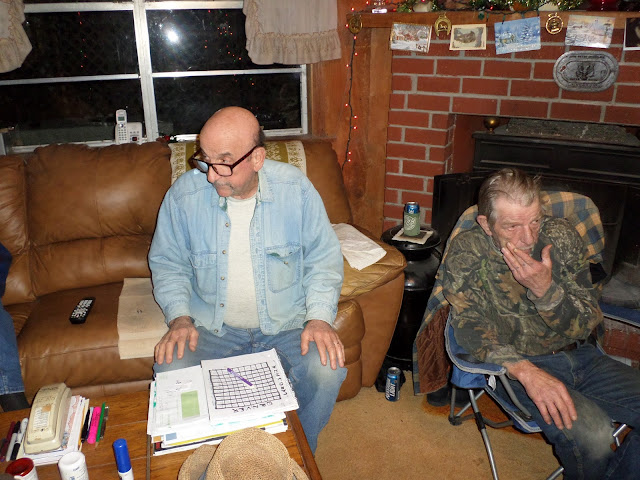 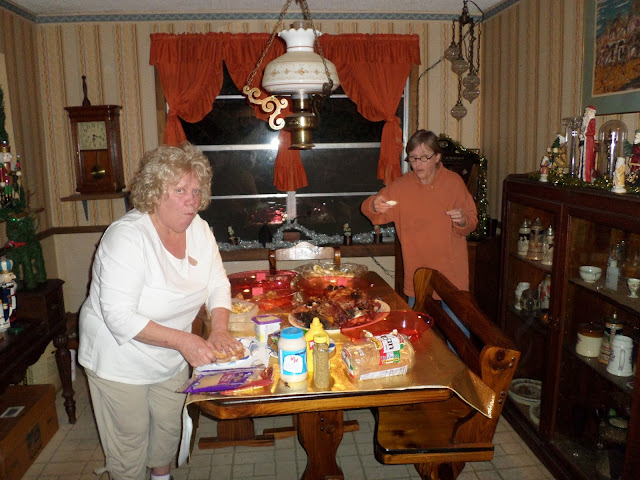 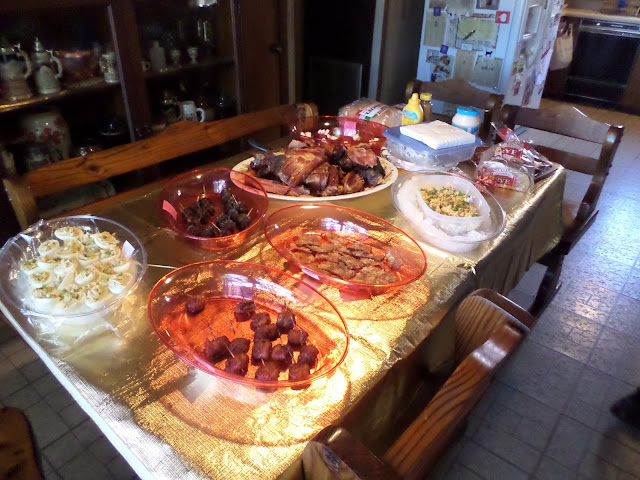 We had big fun!  Our normal gang arrived Sunday afternoon and the fun lasted until almost 4am.

And YES.  I realize that the Christmas decorations are still up.  We like 'em! 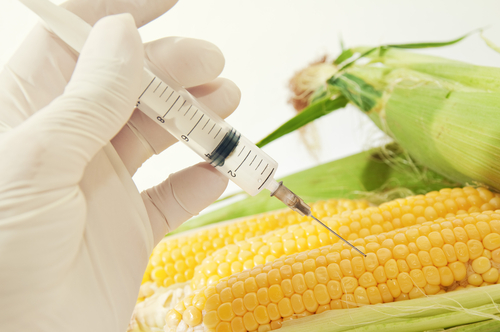 Protests against Monsanto’s Roundup, with its poisonous, weed-killing glyphosate, have spread around the globe. An arm of the World Health Organization (WHO) declared it a probable cause of cancer in 2015. California’s Environmental Protection Agency (CA EPA) recently decided to label it as such.

Environmental groups and activists in Northern California, a region known for its wines, advocate a moratorium on this herbicide as health concerns mount. Roundup is the world’s most widely used pesticide.

Roundup’s active ingredient, glyphosate, was the focus of a January 28 informational event. It was initiated by the Watertrough Childrens Alliance as a fundraiser for a lawsuit against winemaker Paul Hobbs for converting an apple orchard into a vineyard adjacent to schools, thus putting the health of around 500 children at risk by spraying Roundup. The Sierra Club, Sonoma Group, co-sponsored the evening.

Monsanto also makes Roundup Ready, which are Genetically Modified Organisms (GMOs). “93% of soy beans and 80% of corn in the U.S. are grown with Monsanto GMO seeds,” reported Teevan. “Food and Water Watch wants a moratorium on more GMOs and their labeling.”

“Our food system and how we interact with our environment is broken. Instead of serving people, profit is served. We need to fix our food system,” Teevan added.

“Glyphosate has become a pervasive presence in the environment. 65% of water in some countries has traces of it,” said Evans. “Exposure can create a number of problems, including liver and kidney damage. It can even change ones DNA. Our goal is to protect health and keep these products out of the market.”

“After the CA EPA decision to label Roundup, Monsanto filed a lawsuit against them. They claimed that their First Amendment rights to free speech were being violated,” Evans reported.

“We need to become educated consumers and not buy these products. We need to empower elected officials to act, Evans suggested. “We need to get involved in grassroots actions and push for a just food system,” added Teevan. “Become active participants in democracy.”

“The California city of Richmond banned all pesticide a year ago,” reported Renée. “We advocate such a ban in Petaluma, which must include neonicotinoids. Portland, Oregon has banned neonicotinoids, systemic pesticides that damage bees. Glyphosate is a public health threat. The many costs are suffered by humans, animals, and plants. The benefits are only to a few humans,” she added.

“The highest use of glyphosate in Sonoma County is for winegrapes, yet non-toxic alternatives are available,” said Evans. “Monsanto is a bad actor. They sue farmers when GMO seeds blow onto their lands from neighbors,” he said.

The Huffington Post’s January 26 article “8 Reasons to Avoid Doing Business with Monsanto,” by business editor Alexander C. Kaufman, reports that the giant bioengineering firm has been dubbed “the world’s ‘most evil corporation.’”

Mounting criticism of Monsanto’s “litigious, secretive, and combative” practices have made it financially vulnerable, asserts Kaufman. It plans to cut 3,600 jobs, which would be 16% of its global workforce. Roundup and Roundup Ready constitute 90% of Monsanto’s revenue. “Several countries, cities, and retail chains worldwide have banned or severely limited glyphosate products,” notes Kaufman.

“Hundreds of Moms Across America groups exist nationwide,” he adds, and “more than 2 million people in 52 countries internationally took to the streets to ‘March Against Monsanto.’”

Monsanto is desperately seeking a merger, according to the January 25 issue of GMWatch from the United Kingdom (www.gmwatch.org). One of their goals seems to be to abandon their tarnished name.

When Mayor Gurney opened the discussion to the crowd, more than a dozen people promptly came to the microphone. The first speaker quoted a study of seven wines from Sonoma, Mendocino, and Lake counties conducted by the Biochemical Working Group in Ukiah. It documented that traces of glyphosate exceeding EPA safe levels were found in all of them. People are drinking Roundup in their wine. Glyphosate has been banned in Europe.

“We’re tired of our children and babies being damaged by Roundup. We need to mandate a real school protection zone,” declared Janus Matthes of Wine and Water Watch (www.winewaterwatch.org). Instead, “the vineyards are being protected,” she added.

“It is so easy to use Roundup. The breads that you eat that are not organic have glyphosate in them,” noted geologist Jane Nielson, Ph.D.

“Roundup is an antibiotic that kills gut bacteria,” said Amy Martenson of Label GMOs Napa County. She added that “we are having problems with the vineyards. Napa County has the highest rate of cancer in California.”

“We want a GMO free zone up and down the coast. Most counties on the North Coast have prohibited growing GMO crops,” explained Pam Gentry of Citizens for Healthy Farms and Families. They are collecting signatures to place an initiative on this year’s ballot that would ban growing genetically engineered crops in Sonoma County

Meanwhile, GM Watch reported the following: “Monsanto’s attempts to build its GMO seed plant in Argentina have met with three years of unflinching popular opposition. Protesters received an eviction notice, but local activists mobilized to strengthen the blockade, and a prosecutor suspended the order. The demand was, ‘Monsanto, get out of Latin America!’

Back in the U.S., GM Watch reports the following: “Campbell Soup Company said it supports the enactment of federal legislation for a single mandatory labeling standard for GM foods. The company said, ‘Printing a clear and simple statement on the label is the best solution for consumers and for Campbell.’ Campbell says its prices will not increase as a result of labeling.”

The article “Half of All Children Will Be Autistic by 2025” appears in the December 23, 2014, newsletter of the Alliance for Natural Health (ANH), with the subtitle “Warns Senior Research Scientist at MIT.”

MIT’s Stephanie Seneff, Ph.D., “noted that the side effects of autism closely mimic those of glyphosate toxicity. Children with autism have biomarkers indicative of excessive glyphosate, including zinc and iron deficiency, low serum sulfate, seizures, and mitochondrial disorder.”

ANH describes “the revolving door between Monsanto and the federal government, with agency officials becoming high-paying executives—and vice versa! Money, power, prestige: it’s all there. Monsanto and the USDA scratch each others’ backs.”

Food and Water Watch’s booklet Monsanto: A Corporate Profile, further documents this: “Monsanto’s board members have worked for the EPA, advised the U.S. Department of Agriculture and served on President Obama’s Advisory Committee for Trade Policy and Negotiations.”

Renee concluded that “we need activism. Eat locally, hopefully organic or biodynamic. Grow part of your own food.”

link
Posted by Dom and Nan at 1:36 PM No comments: