Not that it is a stranger to product liability considering it was the primary maker of Agent Orange during the Vietnam War, but St. Louis-based chemical giant Monsanto may be facing a plethora of class-action lawsuits over one of its flagship products, Roundup weed killer. In March, the World Health Organization (WHO) declared the herbicide in Roundup, glyphosate, a “probable human carcinogen.” The declaration was followed-up by several countries banning or severely restricting the use of glyphosate, including the Netherlands, Bermuda, and Sri Lanka, with France banning it for use in gardens in June. Glyphosate is the world’s most common herbicide, with the most recent data from the U.S. Geological Survey estimating that 280 million pounds of it was used in the U.S. in 2012. Out of the 130 countries that still permit the product; the U.S. is by far the Monsanto’s largest consumer with over 20 percent of global sales.  That may change, however, as California has followed the WHO’s lead earlier in the month. The state’s Office of Environmental Health Hazard Assessment (OEHHA) issued a “notice of intent” that it will also list glyphosate as a probable carcinogen, which is required by the state’s Safe Drinking Water and Toxic Enforcement Act of 1986 for any product that the WHO’s cancer division lists as a carcinogen. The OEHHA classification requires companies with 10 or more employees in the state to provide a “clear and reasonable warning” of any product on the list of its dangers. 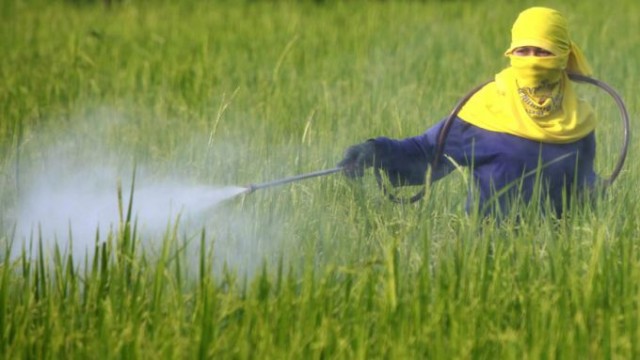 JUMP
Posted by Dom and Nan at 1:17 PM No comments:

Cajun pal Vickie flew in for Labor Day.  We had a lovely time. Hung out on the beach every day, did our Happy Hour at The Liq, Had dinners at Montego Bay, Los Rancheros, Saltwater Grill (my new favorite!) and of course, Dee's Hangout for the best food on the beach!

One night, Judy and Ray had us over to their place for a pizza/buffalo wing party.  Great folks!
Dee's Hangout
Saltwater Grill
Montego Bay 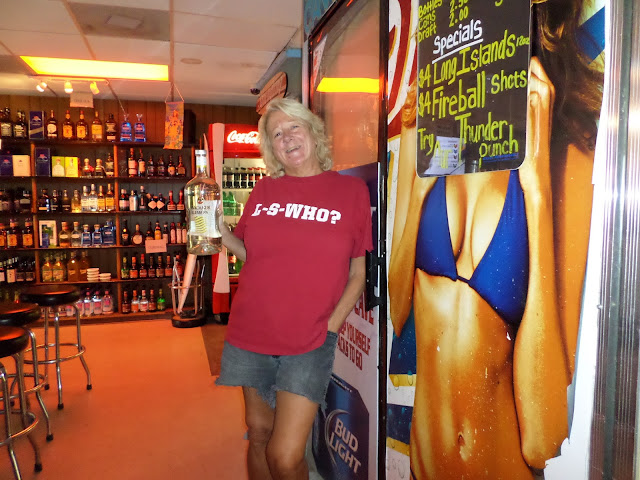 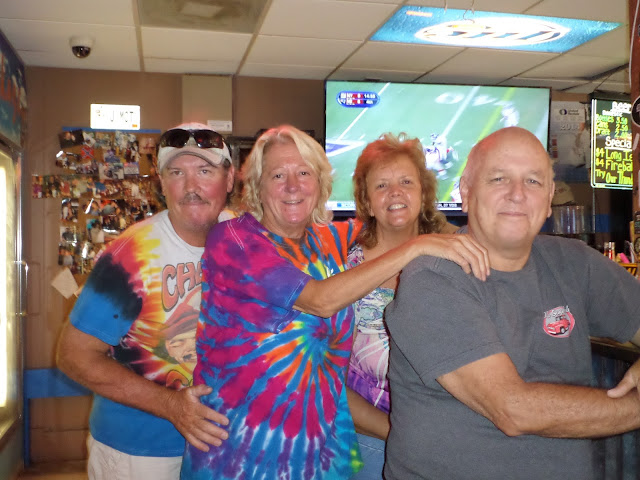 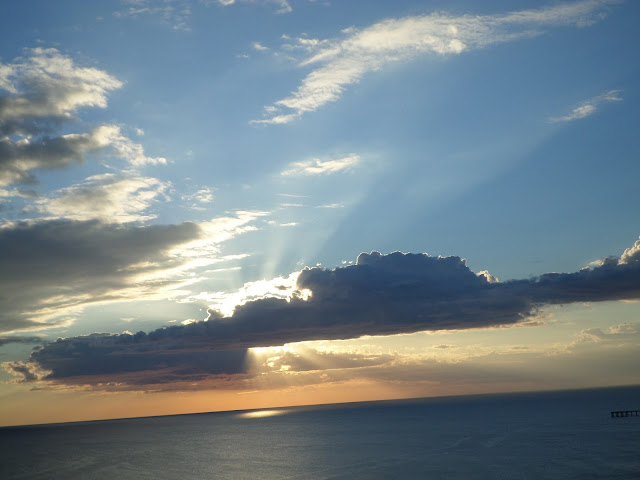 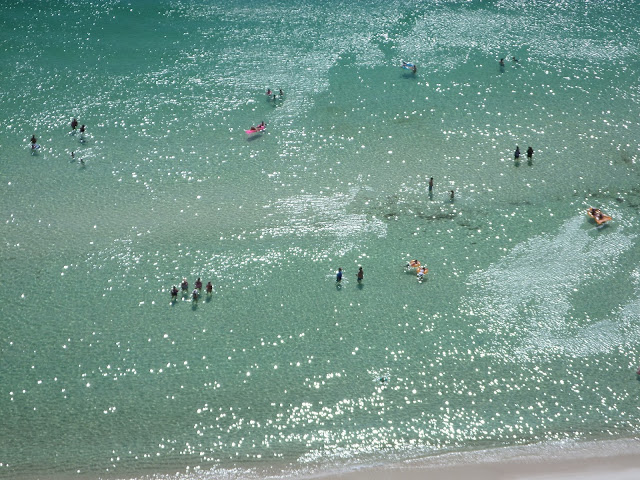 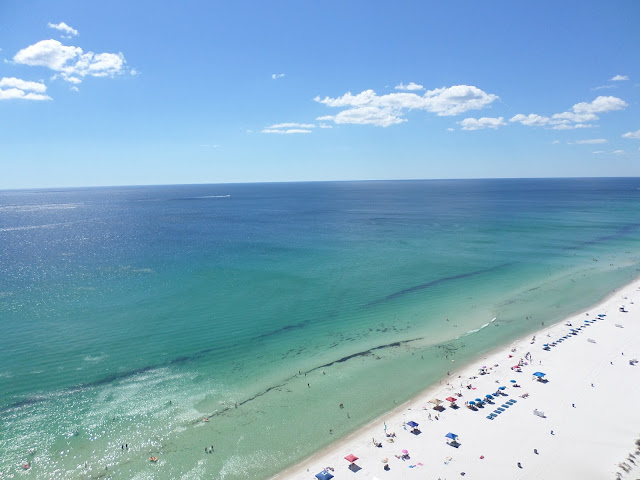 Researchers have found more evidence that Agent Orange causes cancer in Vietnam-era veterans who worked with it.

The study of 479 veterans who were involved in Agent Orange defoliation missions during the war shows they have more than twice the risk of developing a blood condition that can lead to cancer as similar veterans who didn't work with the chemical.

The condition is called monoclonal gammopathy of undetermined significance or MGUS for short. It's a precursor for multiple myeloma, a type of blood cancer.

The worst effects are seen among the people living in the areas sprayed.

The U.S. Department of Veterans Affairs recognizes that Agent Orange causes multiple myeloma as wells as several types of leukemia, other cancers, diabetes, heart disease and Parkinson's disease. Veterans who can show they were exposed to it are supposed to get medical care for such conditions and they can get disability compensation.

They found 7 percent of the Operation Ranch Hand vets had MGUS, compared to 3 percent of other veterans.

"Our findings of increased MGUS risk among Ranch Hand veterans supports an association between Agent Orange exposure and multiple myeloma," they wrote in the Journal of the American Medical Association's JAMA Oncology.

JUMP for links
Posted by Dom and Nan at 3:25 PM No comments:

What is Multiple Myeloma?

Multiple myeloma is a hematological (blood) cancer that develops in the plasma cells found in the soft, spongy tissue at the center of your bones, called bone marrow. Plasma cells are a type of white blood cell responsible for producing antibodies (immunoglobulins) which are critical for maintaining the body’s immune system. Through a complex, multi-step process, healthy plasma cells transform in malignant myeloma cells.

Myeloma cells result in the production of abnormal antibodies, or M proteins. A high level of M protein in the blood is the hallmark characteristic of multiple myeloma. Additionally, all myeloma cells are identical to each other and produce large quantities of the same specific M protein (for example, IgG or IgA). The M proteins offer no benefit to the body, and as the amount of M protein increases, it crowds out normally functioning immunoglobulins. This ultimately causes multiple myeloma symptoms such as bone damage or kidney problems. 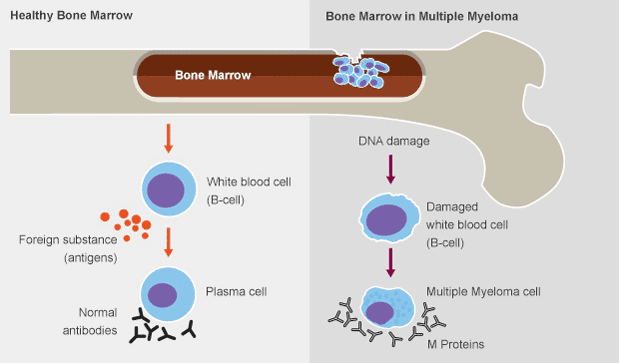 Multiple Myeloma typically occurs in bone marrow with the most activity, which is the marrow in the spine, pelvic bones, ribs, and area of the shoulders and hips. In addition, groups of myeloma cells cause other cells in the bone marrow to remove the solid part of the bone and cause osteolytic lesions, or soft spots in the bone, resulting in weakened bones and increasing the risk of fractures. Although common, these lesions or other signs of bone loss do not occur in all patients with myeloma.

In addition, groups of myeloma cells cause other cells in the bone marrow to remove the solid part of the bone and cause osteolytic lesions, or soft spots in the bone, resulting in weakened bones and increasing the risk of fractures. Although common, these lesions or other signs of bone loss do not occur in all patients with multiple myeloma. 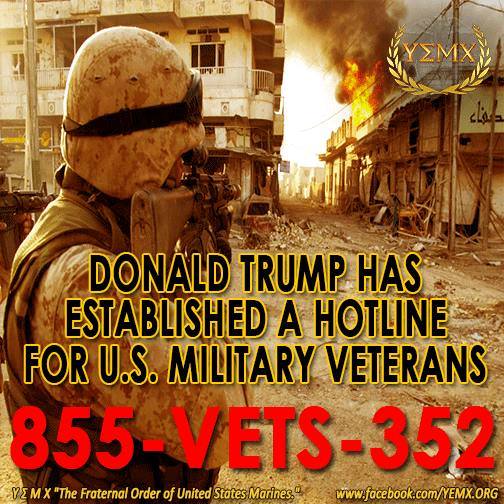 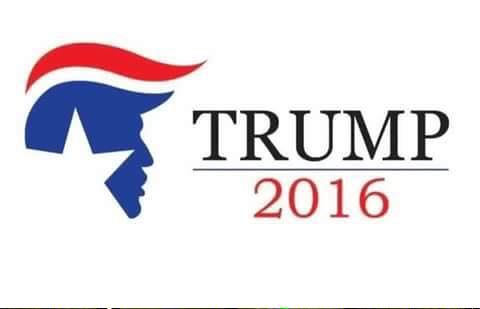 This year marks the 50th anniversary of the Vietnam War. The first U.S. combat troops arrived in Vietnam in March of 1965.

More than 58,000 Americans died in the Vietnam conflict. Many who survived are fighting diseases the U.S. government now recognizes were caused by a very powerful toxic chemical used in the jungle war zone.

Since 2010, the Department of Veterans Affairs has recognized a list of diseases, cancers and illnesses caused by the chemical Agent Orange. The VA is now making a renewed push to ensure everyone knows about the benefits available to veterans sickened by Agent Orange.

A variety of illnesses are on the list, including, but not limited to: Type 2 diabetes, prostate cancer, respiratory cancers, chronic B-cell leukemia, Hodgkin’s diseases, non-hodgkin’s lymphoma, Parkinson’s disease and Ischemic heart disease.

Any veteran or family member who might fit any of these categories should call the Rowan County Veteran Service Office at 704-216-8138.

Marine Corps veteran Lt. Col. Kris Roberts is the first veteran known to have won compensation for exposure to Agent Orange while stationed at MCAS Futenma, Okinawa, Japan, and now he is urging the military to come clean about what really happened at the air base.

For the first time in VA compensation history, the U.S. government has awarded compensation to the ailing former marine at the center of allegations that the defoliant Agent Orange was dumped on Futenma Air Base in Okinawa.

On Aug. 10, the Board of Veterans’ Appeals ruled that Roberts, chief of maintenance at the installation in Okinawa in the early 1980s, had developed prostate cancer due to “exposure to hazardous chemicals.” The presiding judge based the decision on evidence including medical reports, buddy statements and “photographs of barrels being removed from the ground.”

According to publicly available Department of Veterans’ Affairs records, more than 200 U.S. vets believe they were poisoned by Agent Orange while serving in Okinawa. Their sicknesses include multiple myeloma, Parkinson’s disease and peripheral neuropathy — illnesses for which the Department of Veterans’ Affairs compensates Americans exposed to defoliants in Vietnam, some areas of Thailand and the Demilitarized Zone separating the two Koreas.

Any military member stationed at MCAS Futenma, and who later developed any of the presumptive illnesses, should contact the Rowan County Veteran Service Office at 704-216-8138.

The presumptive illnesses are listed below.

Chloracne(or similar acneform disease) — A skin condition that occurs soon after exposure to chemicals and looks like common forms of acne seen in teenagers. Under VA’s rating regulations, it must be at least 10 percent disabling within one year of exposure to herbicides.

Diabetes Mellitus Type 2 — A disease characterized by high blood sugar levels resulting from the body’s inability to respond properly to the hormone insulin.

Ischemic Heart Disease — A disease characterized by a reduced supply of blood to the heart, that leads to chest pain.

Multiple Myeloma — A cancer of plasma cells, a type of white blood cell in bone marrow.

Peripheral Neuropathy, Early-Onset — A nervous system condition that causes numbness, tingling, and motor weakness. Under VA’s rating regulations, it must be at least 10 percent disabling within one year of herbicide exposure.

Porphyria Cutanea Tarda — A disorder characterized by liver dysfunction and by thinning and blistering of the skin in sun-exposed areas. Under VA’s rating regulations, it must be at least 10 percent disabling within one year of exposure to herbicides.

Prostate Cancer — Cancer of the prostate; one of the most common cancers among men.

Soft Tissue Sarcomas(other than osteosarcoma, chondrosarcoma, Kaposi’s sarcoma, or mesothelioma) — A group of different types of cancers in body tissues such as muscle, fat, blood and lymph vessels, and connective tissues.


- See more at: http://www.salisburypost.com/2015/08/24/va-wants-all-veterans-exposed-to-agent-orange-to-apply-for-benefits/#sthash.JVZxvJ5d.dpuf
Posted by Dom and Nan at 12:22 PM No comments: