Our War of Shame (a letter to the editor)

Since our elected U.S. Legislators, Congress and Senate do not to seem to care about our Vietnam War Veterans who are sick from the herbicide Agent Orange Dioxin, I can say I am not proud of our government in the manner in which our Veterans are treated. However, we did our job and did not question our orders. We believed the Vietnam War was to free a country from communistic oppression. This is what America is about, freedom.

How do we get these dollars from the American taxpayer? Congress sets dollar amounts to pay for war, to pay for those who come home in a box, plus the wounded. What about those who are sick and broken? Now we have a new set of rules for those who fought the war and lived. Legislative bills must be introduced and dollar amounts agreed on to pay for the needs of the sick and broken who came home alive. It can take years and more legislation. In the meantime, these sick and broken war veterans die off one by one with no resolve from our government who sent them to war. Many get little to no health care and no compensation. A perfect example is the Vietnam War, our War of Shame.

I have often wondered, what if our Legislators were sent to war and had to defend themselves just like our troops on land, sailors at sea and airmen in the sky? A novel thought indeed!

The United States in 1991 established that Agent Orange was responsible for a number of medical conditions found in Vietnam veterans. These veterans now want the government to fund research on how their children and grandchildren have been affected.

But Kaderlik also wants to tell the story of his son Josh, 37,  who was born with a dislocated hip and has a severe learning disability, and his 10-year-old granddaughter, Jada, who was diagnosed with autism seven years ago.

Monsanto and the Grocery Manufacturers Association (GMA) have long defended their die-hard positions against mandatory GMO labeling laws, often by feigning concern about the financial impact labeling laws would have on consumers. Labeling will be costly for manufacturers, who will pass those costs on to consumers, they argue (despite studies suggesting otherwise). As if concern for consumers’ wallets had anything to do with Big Food’s determination to deceive.

So the first question we asked the Campbell Soup Co. following the announcement that Campbell's will label all of its products that contain GMOs, was, will you charge more for these products after you label them?


In an email to OCA, company spokesman Tom Hushen wrote, “To be clear, there will be no price increase as a result of Vermont or national GMO labeling for Campbell products.”

The treatment of multiple myeloma (MM) has dramatically changed over the past year and the new standard of care in 2016 may not only lead to improved quality of life for patients but also improved overall survival (OS). In 2015, The U.S. Food and Drug Administration approved an unprecedented number of new agents for multiple myeloma, including daratumumab, elotuzumab, ixazomib, panobinostat, and carfilzomib.

Ravi Vij, MD, MBA, who is a professor of medicine in the Division of Medical Oncology at Washington University School of Medicine, St. Louis, MO, said the approval of these agents marks a dramatic change in the management of patients with MM and is a significant milestone. “With approval of these new drugs over the last 12 months we have more options for the treatment of patients with MM. In the future, these drugs will be explored in novel combination regimens and several may move into earlier lines of therapy which will likely add further to improvements in outcomes for patients with myeloma,” said Dr Vij.

JUMP
Posted by Dom and Nan at 5:36 PM No comments:

New Weapons in the Fight Against Multiple Myeloma

Few types of cancer research have witnessed more progress in the past decade than the fight against the blood cancer known as multiple myeloma.

There are 10 multiple myeloma treatments on the market, including three that won Food and Drug Administration approval during a remarkable 15-day span in November. Other medications in the pipeline hold promise to meet patients’ hopes for even further gains.

Patients on average can now expect to live about seven years after diagnosis, and doctors expect the newest drugs may help extend that to a decade or more. By comparison, prospects for patients diagnosed with multiple myeloma just over a decade ago were grim. Chemotherapy was essentially their only drug-treatment option and the average survival period was three years.

“Of all the cancers, in terms of progress in the last 10 years, multiple myeloma is at the top of the list,” says S. Vincent Rajkumar, professor of medicine and a hematologist/oncologist at the Mayo Clinic, in Rochester, Minn.

There are potentially serious side effects from the drugs. Some may cause heart damage, while others carry risk of nerve pain in the hands and feet. They are also expensive: Treatments can average between $8,000 and $14,000 a month.
Posted by Dom and Nan at 5:26 PM No comments:

Dom and I had a very laid-back couple of weeks here.  It was just the two of us.

Christmas Eve, we had take-out Chinese from a new joint.  Yummy!

On New Years Eve, I made Antipasta Salads and Garlic/Butter Shrimp

I was very lax about taking photos.  Sorry.  Once again, HAPPY NEW YEAR! 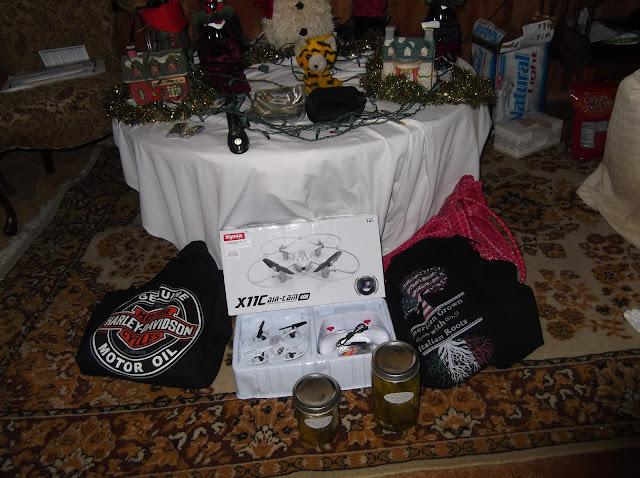 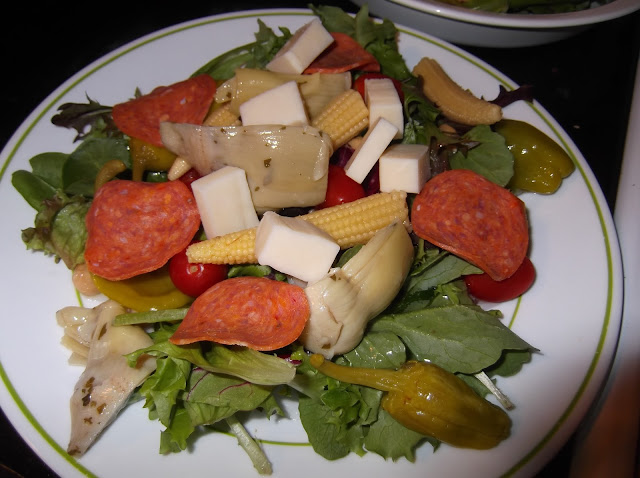 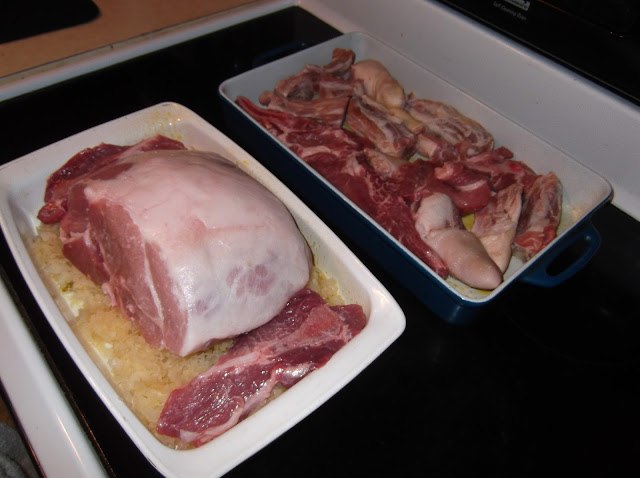